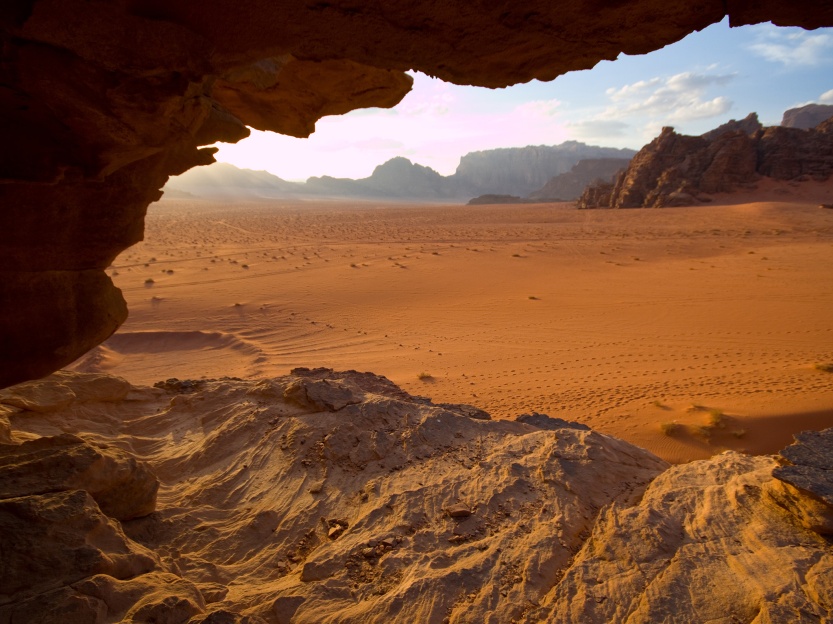 I hold the brown leather bag which my family entrusted to me for thousands of years. It was passed down to me from my father, and his father, whose family extends from a long line of holy men and women who have carried on the T’lovian rites for a soul’s education, lessons for guidance, transcendence and ascendance. When I received it, oh so many years ago, I reached into the bag and pulled from it a long-beaded necklace with a talisman designed to ward off evil spirits from the being who bears it. It is made of an indestructible rare precious alloy. The talisman, set with a white stone and blue veins, shape-shifts to face down would be attackers – demons if you will. The defense is made of projections of the planet’s wild creatures used to strike fear and disorient the enemy.

I traveled a long way with this ancient bag during my trials, a journey through a desolate multi-dimensional desert to prove my worthiness of such a task. Since the start of my journey hundreds of years ago, I have searched for the one thing that can right T’lovian existence, and the leather bag has aided me in my survival and mission. I’d like to think I have done right by my family, images of their sullen yet happy faces locked in my talisman.

Parts of Remcotta, a conglomerate of nations, have increasingly been under siege by the Benjin Monks, a rogue sect of the Western Church, which dozens of years ago has let loose a dark army. Yet, I am only one being, one warrior against many, and if I should hope to battle them and win, I will need help. The necklace makes me invisible to most of the demons, the miners, the subjugated slaves who do the bidding of treacherous Staphoryns, 20-foot giants with large sharp bull’s horns, charcoal black skin and hollow eyes. Each one carries a bow made from an ancient evil tree withering in flames and blowing thick ashes at the center of hell (maybe the same one known to humans), and long thick arrows the length of our bodies. Any being impaled by such an arrow loses his soul, and his body explodes into nothingness. Some say it was a cursed tree of knowledge, used to poison the T’lovians millions of years ago. The miners are merely spear wielding skeletons of various sizes from various wild creatures, brought to life by black magic. Together, thousands of them patrol the wasteland created by the T’lovians’ lack of faith.

Among other tricks, my talisman can bound me in a transparent shield if the need should arise. It can also transport me to other dimensions, forward and backward in time, but only for short bursts. My return to the launch point is inevitable. These defenses were only designed for escape. The only way to defeat the Staphoryns is to drive my blessed dagger, another instrument from the bag, into their third eye at the center of their forehead, and I risk life and limb in getting close enough to do so. In small numbers I have been successful, but as I have said, Staphoryns are increasing in number, and strength.

Along my journey, the talisman recorded my days into a living diary. Each entry has been a lesson, and on occasion pokes at my chest as a reminder, injecting my sight and my visions with glimpses of the way forward. My visions fill with past deeds to keep me focused on the mission of finding the one thing that might eradicate the demons, though it’s size and shape remains a mystery. The passing years have not fazed me; I remain steadfast.

The talisman confirms my instinct is right – the intense visions I have of a stream flowing upward into the Colgara Mountains, and water flowing into the purple skies tells me that it’s only a matter of time before I find others who are like me, and that a group of holy beings could provide information on the whereabouts of the one thing that could save us all. Meanwhile, I sit cocooned in a dimension 10 minutes ahead of time, while three Staphoryn roam the dusty road on which I travelled. Their miners have since marched on in avoiding the confusion. I see them wondering where I have gone, and sniffing at the wafting remnants of my scent – a minty odor left behind by the doors opening and closing on various timelines, thin membranous sheets created by our limitless choices.

The short memories of the ominous looking creatures usually send them staggering off until they might find me again. My other visions tell me there is a community awaiting my rescue in the direction of the Colgara Mountains. I find it best to travel under the blanket of night, whisking back and forth across the measure of time, making myself a ghost to the slow-moving evil hunters, their only desire to snuff out any enemy to their master, a frightful wizard named T’gloose whose castle stands near the center of this diseased planet. His want is simple. All the treasures of this world to delight in simple pleasures, his passions, his whims, until he has the full reign of resources, enough to catapult him from this planet when he is done with it, to spread his debauched religion and following to other nearby planets in the universe. We at first unwittingly became a ladder to his effort with our number. Anything standing in his way becomes the refuse under which his feet trod, a rare sight, because he knows that until the days of total rule, the center of the planet remains his best fortress.

I am G’audin, a T’lovian from the plains land, what is now at the center of the Remcotta – the eye of the struggle. I took refuge from my overrun community, knowing that the leather bag cannot fall into the wrong hands, lest the rest of its tools become destroyed or held for ransom in the clutches of T’gloose. I must reach the wiser spirits of our land, those who can tell me what the other tools in the bag can manage, and if our world might be saved. I have lost my right eye to the claw of one of the Staphoryn, though he quickly lost the battle thereafter, and his pieces scattered to oblivion. Though half my physical sight is gone, my spiritual sight is better. Other of my limbs have been scarred with deep gashes during several exchanges with the Staphoryn, but I have grown in strength since my early days, and wiser, some would say, not to repeat the same mistakes committed in past battles. Most importantly, I have kept my faith through the thinly veiled roads.

Finally, the three Staphoryn on the road have moved on, blending in with the dust on the horizon, chasing after shadows and scents of me. I drop down from the cocoon back into real time, biting on my tongue. Putting my fingers up to soothe the sharp pain, I notice the gray stubble protruding from my long green face, and the thick fangs I have used many times to bite off the flesh of random wild prey, the jakoot with long floppy ears and the fretlooms which move together in packs and dive into the soil like they are diving into water. They breathe through the land just as easily. I bring out the dried strips of flesh from my pack, checking the leather bag attached to my hip. I mindlessly chew on the meat, savoring the newly awakened juices, and await the black velvet of night before moving on.

With many of the trials over, I began to have my visions. Like pieces of a puzzle, they began to map my course over the large expanse of countryside, the land masses twice the breadth of Jupiter. For more than one hundred generations, and over several millennia, our people arrived here to establish a homestead on the world J’cotta, and thus thrived with hope, that is until the first meeting with the creatures from the N’vracotta, or the center of the world, and shortly after their discovery, the battles began.