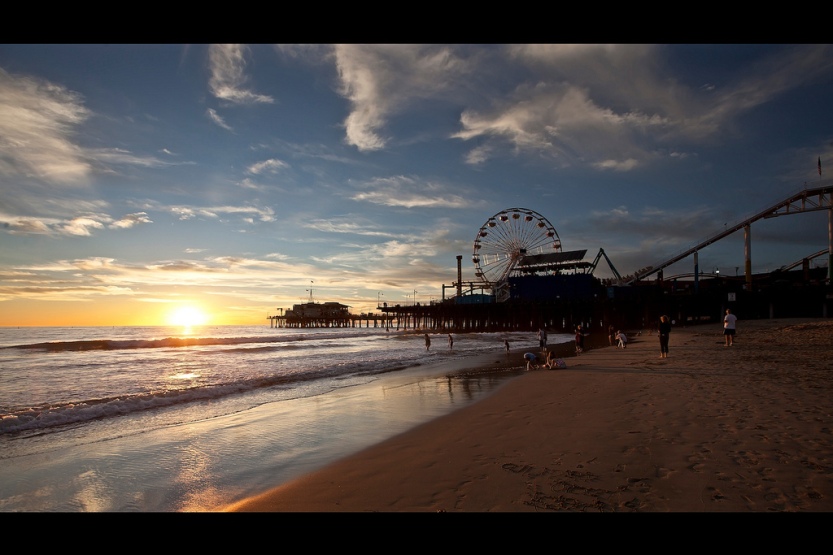 He was hell-your-eyed, and his gaze was all synapsy, pluggin’ deeply into the word’s troubles, ruffling pages of his L.A. Times, nevermind the sneezy “gitch” on his lap, the arc in his chair leaned him forward into the stars where he believed his Delilah was floating. He snapped his head away from the fit, like a dream full of balloons escapes from little hands all tickly from laughter, teeth of a wide maw turn to terror and sadness, the ’backy from his simmering pipe running brown beads down his chin ever distant from the kids’ cotton candy, pink and sloppy, marking a long thousand-mile jagged smile, not from joy, but to cover his agony, his chest quivering behind a thin wife-beater, hiding his lonely heart. Yet, it’s a perfect at 7:38 a.m. and few seconds ticking by, during a call to his New York pal, on which to recall his long-lost love, while sticking a fork into a syrupy, sticky pancake morning. It’s a moment so fleeting, like the sand from the Santa Monica boardwalk running out from desperate fingers, like the man leaning his head out the open window of a black convertible Jaguar on the prowl, like the woman wearing a pink baby T-shirt and red spike heels poking fun at herself, that feeling of sunshine on touristy shoulders never lingers, never long enough. His red-eyed puffy face now waits for the curtains to close on a purple hazy, glazy, beach house day. A lonely wine sipping night, and finally her ghost sitting on a dusty bedroom shelf tells him it’ll be alright. A single tear blurs the moonlight.